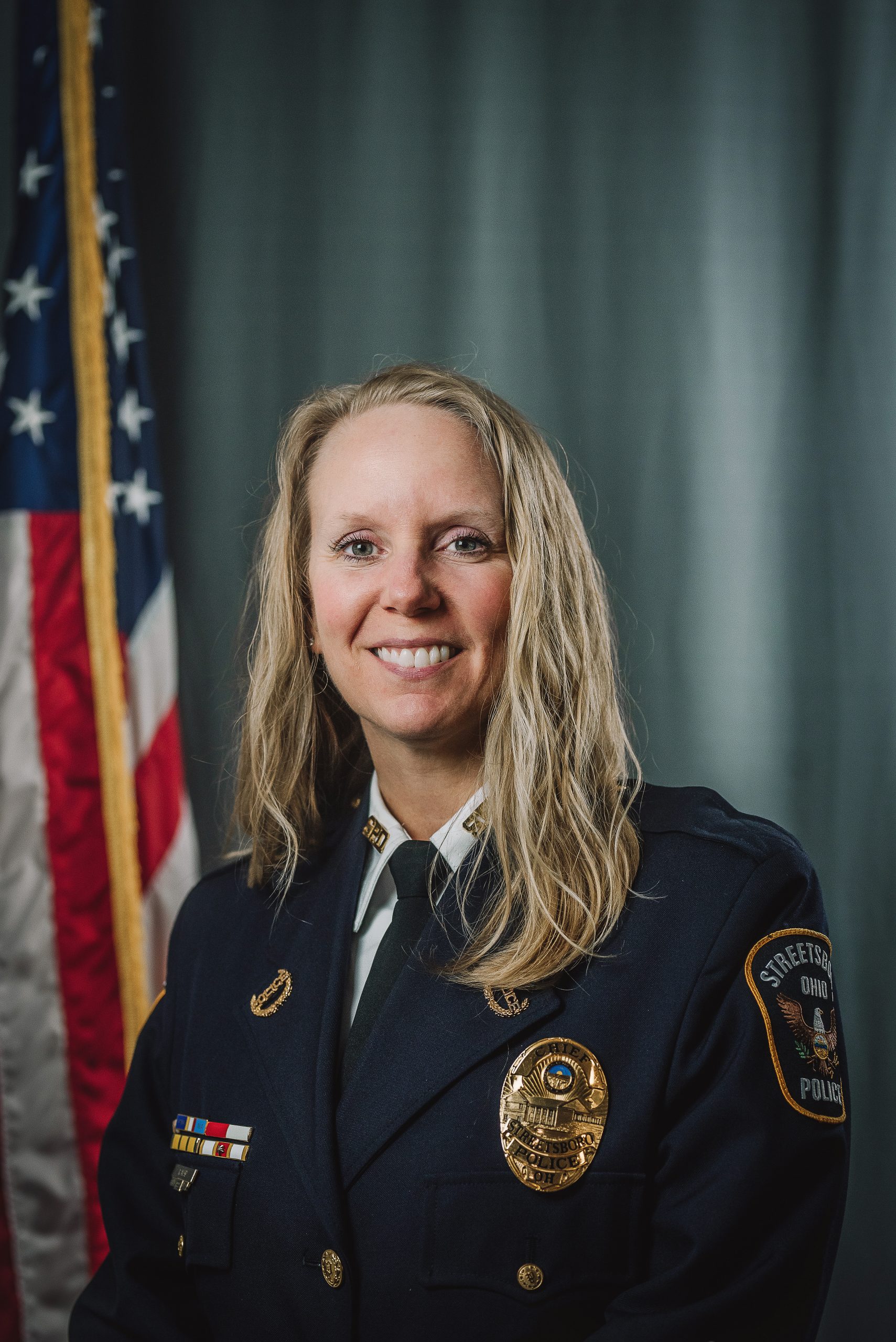 Chief Wain is a 1993 graduate of Kent State University and was sworn in to the Streetsboro Police Department in 1995 as a police officer. In 2010, she was promoted to Sergeant and served as shift supervisor for all three shifts. She was promoted to Administrative Lieutenant in 2015. Chief Wain is a graduate of the Police Executive Leadership College (PELC) in 2014, the Department of Homeland Security Leadership Academy in 2017 and the FBI National Academy Class #275 in 2019.  She has served as the department’s Public Information Officer (PIO) and Training Coordinator since 2015, and spent 18 years as a Crisis Negotiator with the Metro Swat team.